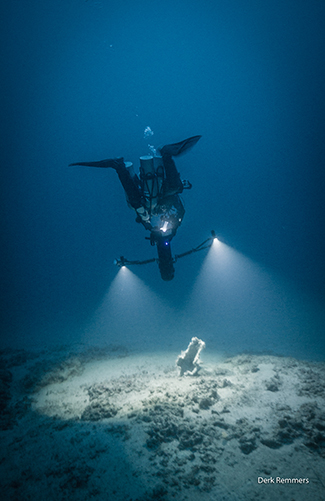 Following a successful 2017, we are organizing a new operation to explore the landscape of the Battle of the Egadi islands and assert our contribution to research on this important archaeological site. We’re going to stay on the island of Favignana for the whole months of September and October, with our HQ in the Museum of the Tonnara. In order to organize the operation with the highest safety standards, we've decided to begin with 4 weeks of activity.

The Battle of the Egadi Islands was fought on March 10, 241 BC, between the fleets of Roma and Carthage. It was the final, decisive battle of a war that was ongoing for 24 years and resulted in the conquest of Sicily; more importantly, this battle determined a victor for military dominion of the sea. This latter aspect secured Roma as the global superpower and altered the course of history, especially as pertains to developments in the west. The Battle of the Egadi Islands saw the clash of more than 400 ships, of which about 100 sunk during the fighting. The battle caused some 30,000 casualties and is considered one of the most violent naval battles in history.

The landscape of the battle was discovered some years ago by the joint effort of the archaeologists of the Soprintendenza del Mare of Sicily, led by Professor Tusa and the RPM Nautical Foundation, which brought state-of-the-art survey capabilities and financed part of the research. This battle site is a sensational discovery and is considered one of the most relevant archaeological achievements of recent years: for the first time, the landscape of a naval battle of ancient times was been located together with associated materials. Over the years following the discovery, RPM and SOPMare conducted field research each summer on the site, surveying a wide area around the archipelago with sidescan sonar and multibeam technology, locating and recovering artifacts with an ROV while onboard the research vessel Hercules.

The GUE/SopMare 2017 Campaign, for the first time, saw the use of divers employed on the bottom as the main tool for additional investigation on some of the areas where artifacts associated with the Battle of Egadi of 241 BC had been located in previous campaigns by RPM and SopMare.

A total of 30 research divers from Global Underwater Explorers (GUE) took part in the 3 weeks of operation. The use of divers proved to be a very effective integration to the instrumental researches carried out from surface and brought several new important findings. The direct presence of properly trained and operational humans on the sea floor made a difference in spotting artifacts, especially in rocky areas where artifacts encrusted by marine life become virtually invisible to any means of surface electronic investigation. The use of a team of divers on the bottom also allowed the implementation of additional means of investigation, including metal detector surveys, extraction of core samples from the bottom, and dynamic prospections of teams using diver propulsion vehicles (DPVs), providing close and effective inspection of relatively vast areas of the sea floor.

A number of prospections of the sea floor were executed by team of divers using DPVs. Divers started from a given reference point, such as the position of a ram or other finding, and deployed cave line (knotted every 3 meters) while navigating, in order to maintain a precise sense of the area explored, to facilitate the survey of artifacts encountered, to ensure ability to locate the artifacts on subsequent dives, and to allow the team to get back to the starting point for ascent and decompression. Prospections were around the positions of ram #9, ram #12, ram #13, and ram #6. Most of the findings during 2017’s campaign were the result of such prospections. 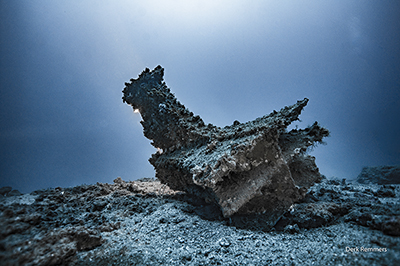 We will continue the investigation in the area of the battle, with focus on exploring around the positions of the rams that have been found in past years. Last year we inspected the area around only two of the nine ram positions we have, with very positive results. This year we also plan to have several new instruments and technologies to test and use on this site.

We recommend that you extend your stay for 3 additional days, during which you will be able to dedicate time to organizing and processing data in our office at the museum, enjoy the archipelago, and when possible, get another dive or two in. For these additional days, you will pay only your hotel and no additional participation fee. Once the team for this operation is defined, we will provide more details for planning and recommended preparation.

V. Level of Participation and Prerequisites

Exploration diver: Must be an active GUE member, be a GUE-certified CCR, RB80, or Tech 2 Plus diver, hold a full DAN insurance policy, be physically fit and possess strong open water diving skills.

Support divers will manage, from the surface, in-water operations and manage the logistics and filling.

We don’t have financial sponsors for this project; the government, museum, and related institutions do not have funds to allocate for this operation. All costs must be covered by participants. 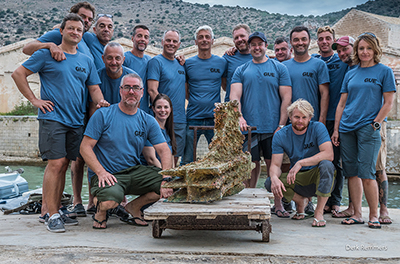 Each week will have a minimum participation fee of:

This fee includes: A variety of project organizational costs, including rental of boats, support for general logistics, and accommodation in the guesthouse rooms of the Museum of the Tonnara. These accommodations are in double rooms with a bathroom and are located inside the museum area, directly above our base, filling station, and storage area—so, very convenient.

To try to balance the cost for different situations (e.g., gas for CCR vs. OC divers or divers bringing equipment vs. divers flying), we differentiated the following additional costs:

Unfortunately, most of the costs involved are fixed costs, with little variation in the event of missed activity due to bad weather or other problems. We must establish a base on the island, bring all equipment and gas from different areas, arrange electrical connections (norm compliant) and basic furniture, etc. The boats must come from other places and are not resident on the island. Despite this, 500 euro of the participation fee will be credited to each participant in the event of bad weather or other similar conditions beyond the control of the participant that reduce activity to less than 3 dive days. Refunds for cancellations are only possible if another diver takes that position and pays the full fee.

We hope to see many of you at the project and to make it a memorable experience for all!

Once you have confirmed your registration with Mario and/or Chicco, click here to proceed with registration.